Burst Pipes can happen without you even knowing. It may not be until you get a huge water bill that you realise something is amiss. Harley Plumbing can inspect your underground pipes and drains to detect any leaks and pinpoint the burst pipe to repair.

Signs of a burst underground pipe;

Burst pipes are one of our most common call outs. Pipes can burst due to age, installed incorrectly or from environmental damage like tree roots. They can cause huge amounts of damage to homes, sometimes the pipes have been slowly leaking over time before they have burst and if they are located next to building foundations this could have caused extensive damage. This is a reason to call us out if you suspect a leak or burst pipe immediately. We are 24/7 emergency Melbourne Plumbers and can get to any time day or night.

How to Find Out if Your Pipe is Leaking

If your pipe leaks in the ceiling or floor you may only notice the problem a little while after with a small wet patch in the ceiling, make sure you call us straight away before the pipe could burst. Sending torrents of water through the ceiling and in the room below.

Did you know a burst pipe can lose 400 litres an hour? To put that in perspective that is 2 full baths an hour. Imagine if this happened whilst you were at work. A full day could mean almost 50 full baths have been emptied into your home – 9.600 litres of water!

So if you think you have discovered any signs of a leaking or burst pipe call us before it ruptures completely. Immediate plumbing work to a burst pipe will save you endless amounts of hassle and cash. Our burst pipe plumbing prices are affordable and we are specialist drain plumbers in Melbourne, meaning we have the right equipment and know how to help quickly and without fuss.

How to Prevent Burst Pipes

Even though Melbourne gets a cold Winter that can cause pipes to freeze and burst, we see lots of other causes of burst pipes.

In old homes metal pipes were mostly used in construction. Over time they will corrode and rust. Get a plumbing inspection done regularly by Harley Plumbing so old pipes can be replaced before they crack and burst

Minerals in water are common and usually at a certain level that doesn’t present any problems. But if the water has excessive calcium and magnesium apart from tasting bad it can leave a mineral build up in the walls of your pipes. This will cause the water flow to slow down but accelerate corrosion. Eventually causing the pipes to burst.

Occasionally plumbing problems are caused by poor plumbing installation works. The issues could lie with soldering of pipes or substandard trenching. Or it was overall poor plumbing due to poor budget and time management.

For peace of mind call Harley Plumbing when you move into a new property or suspect an issue. Or simply book in a yearly pipe inspection with us. Preventative work actually saves you money. Burst pipes can cause the most expensive plumbing repairs we see. Not just because you need new pipes but the damage it causes to your home and possessions.

A common reason for a burst pipes is pipes freezing in winter. Whilst its common in colder climates like Europe and North America to have plumbing lagged and insulated to stop it freezing over and bursting in Winter, in Melbourne this hasn’t always been the case. But with a colder climate in Winter there are steps to take to prevent this issue.

If you are unsure if your outside pipes are insulated such as your solar hot water roof pipe cal Harley Plumbing for an inspection and service before Winter. We can inspect and advise on the best plumbing solutions. 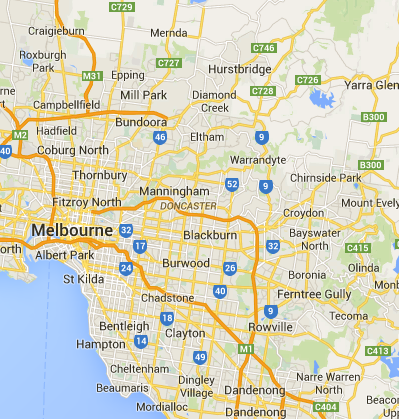 ” On the few hot days in Melbourne a year, it’s nice to know we will be staying cool. Thanks to Harley Plumbing for their quick service and getting our evaporative cooler working again”
Michael – Eltham

“We moved into our new home only 2 years ago. It was a typical hot summer day in Melbourne. Our system hadn’t been used for a year. We went to turn it on when we needed it most … and nothing! We called Harley Plumbing who were able to fix our system the same day. Thanks to Ryan and his team for marvelous service”
Maree H – Diamond Creek

“My wife just had a baby so it was important we could keep our home cool. The team at Harley Plumbing fixed our system quickly and at a reasonable price.”
Des P – Greensborough

“I could not believe how fast our unit was fixed. Thanks again Ryan for your speedy service”
Melissa – Burwood South

“Melbourne summers can be hot. Very Hot! Thanks to Harley Plumbing for fixing our Evaporative Cooling Service. Our Evap cooler is working again.”

“If you’re looking for evaporative cooling Melbourne then contact Harley Plumbing. We were extremely happy with the service and price.”

“We’ve used Harley Plumbing for years. For my home in Kew and business in the CBD. The service is exceptional. If you’re Evaporative Cooler needs fixing then you won’t go wrong contacting the experts in Cooler repairs.”

We get sent real testimonials just like these every day. We aim to please. With Summer upon us, book in now!
[ratings]